Message from the President 2015 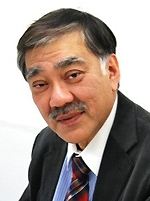 The old OSJ started in 1952 as “Kogaku Konwakai” which was founded as a subsidiary society of the Japanese Society of Applied Physics. At that time, Japan was struggling to build a new system of society and economy after the ruin of the War. Recovery of Japanese industries was very quick. Among them, the development of the optical industry was remarkable. The optical industry, especially the camera industry, became one of the most successful industries in Japan. “Kogaku Konwakai” flourished and grew in this vibrant economic climate. The laser was invented in 1960. This opened a completely new era of optical science and technology. Many new fields of research were developed not only the laser technologies but also laser-based optics and photonics, such as, optical metrology, holography, optical information processing and so on.

In 1989, “Kogaku Konwakai” was renamed “Nihon Kogakukai”, the Optical Society of Japan. Around that time, there was also a movement to become independent of the Japan Society of Applied Physics, but only resulted in a name change. Nevertheless, we started to work actively as an independent society, publishing the Japanese Journal “Kogaku” and English Journal “Optical Review”. We also started holding an annual meeting, Optics Japan. In fact, it may even be said that we have been preparing to become independent for the past quarter century. In 2014, after much serious debate and discussion over the past few years, we finally reached a conclusion to found an independent society.

The new OSJ was founded in September 2014. After a preparatory period of 4 months, we started our activities as a scientific society from January, 2015. Our first event was a kick-off symposium held on January 16, 2015. Then, we organized a Winter Seminar in January, Optical Symposium in June, and Optics and Photonics Japan (OPJ) in October, 2015. We also continued to publish “Kogaku” and “Optical Review”. As the first year of new OSJ, we encountered many difficulties and hardships. Without the support and encouragement given by all of the members of new OSJ, it would not have been possible to manage the new society.

In recent years, the realm of optical research is expanding, such as, biomedical optics, information optics, nano-optics, precise optical metrology, solid-state lighting and so on. In this situation, the targets of the OSJ are diverse. Since we have managed to restart the society, let us all take this golden opportunity to achieve new frontiers together!