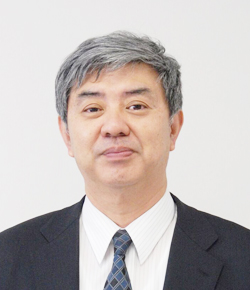 Jun Tanida
(President of the Optical Society of Japan)

Toward the development of the new OSJ

Succeeding the former president, Professor Kazuo Kuroda, it is my great honor to assume the office of president of the Optical Society of Japan. I will devote my efforts to the development of the society, and in doing so, the understanding and participation of the members and related individuals in the activities of the OSJ would be greatly appreciated.

Two and half years have passed since the new OSJ was established. The principal purposes for its establishment were to group together diverse researchers and engineers, who are not limited just to the field of applied physics, so as to form an independent academic society and to explore new areas in the field of optics and related disciplines. In spite of some apprehension concerning the independence of the society, the operations of the OSJ are going well, due to the strong support of its general members and supporting members, and also thanks to the devoted efforts of the board and the steering committee. Up to now, however, the OSJ has focused on continuing the activities and operations of the old OSJ, so that the purposes of the new society have not yet been achieved. The significance of a society cannot be recognized without its academic identity and progress in its associated fields. For the OSJ, actions that are needed toward the development of the new society will be especially important, and we recognize that the forthcoming period will be a crucial phase for the OSJ.

Considering the fact that the number of members has not reached that of the old OSJ, the society’s foundations are still fragile. To achieve continuous and sustainable development of the OSJ, it will be essential to stabilize the society’s operations. To achieve this, the following policies are being planned: increasing the number of society members, strengthening the OSJ’s relationships with other international and domestic societies, implementing participation programs over multiple generations, and consolidating the society’s operations.

Members are of the utmost importance for the society, but the appeal of the society to its members is a crucial issue. The OSJ will pursue efforts to establish not only a broad network between international and domestic societies, but also participation programs for senior, general, young, and student members. And effective operations of the society will be achieved through improvements to its management system.

Although the new OSJ is a start-up organization, it inherits the history of the “Kogaku Konwakai” founded as a subsidiary society of the Japanese Society of Applied Physics in 1952. Together with its members, the OSJ will endeavor to develop new fields of optics and related subjects. I would appreciate your understanding and cooperation in the new OSJ.